Yes, I do think Obama was pummeled by Romney in presentation and style tonight, and it’s not my intention to analyze it. I just can’t let Romney’s bullshit about pre-existing conditions slide.

Romney “lengthy description” of his plan on his website, as he alluded to during the debate, is only 369 words, and it states

If Romney “appeals Obamacare”, we’d just revert back to the old status quo, which I’ve been intimately acquainted with for the past 15 years or so. You must retain “continuous” coverage  to avoid losing coverage for pre-existing conditions. Continuous coverage means you can’t have a gap of more than 63 days. It means that a person struggling to get by who loses his job has to figure out a way to pay $500-$1000/month for COBRA coverage to continue affordable treatment for his or his family member’s cancer treatments. A snafu once put my continuous coverage in jeopardy years back. It would have been disastrous, as it has been disastrous for tens of millions of Americans over the years.

Again, people would pre-existing conditions would not be protected under Romney’s “plan”.

aka Valcyte, which is used to treat CMV

I usually don’t read the “patient prescription information” but was curious in this case. I had been taking one tablet a day since the transplant, then stopped it a few weeks ago because of my low white blood cell count (which necessitated the switch from one anti-rejection med to prednisone). Now I’m taking four a day to try to get rid of the CMV.

Valganciclovir is an anti-viral drug. It is changed in the body to the active form of the drug called ganciclovir. Ganciclovir can decrease bone marrow function…This effect can cause anemia, decrease your body’s ability to fight an infection, and cause bleeding problems…Seek immediate medical attention if you develop [a bunch of nasty stuff]…May decrease the ability of men to father a baby…has caused tumors in laboratory animals…should be considered carcinogenic…

It is used to prevent disease caused by CMV in people who have received organ transplants. CMV can lead to serious infections in the body…including CMV retinitis, which can cause blindness…This medication helps control CMV retinitis and decrease the risk of blindness. [It] is not a cure for CMV disase. Some people may have worsening CMV retinitis even with treatment.

Now get this. If you don’t have health insurance, 120 tablets of Valcyte (one month’s worth for me) will cost

And those kids are worried about their students loans. Where the &*#^ were they when healthcare reform was under assault? How many of them bothered to vote last year? Ok, breathe… Maybe I should’ve posted this ahead of my last post. 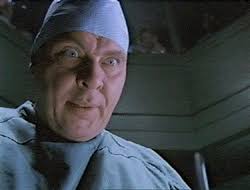 Oh, CIGNA. More crap from you. “Welcome to the CIGNA HealthCare Transplant Case Management program. Thank you for taking the time to talk to me about your health care needs. As we discussed in your call…”

We didn’t discuss jack, because I didn’t return your call…

“As your Transplant Case Manager, I will work with you, your doctor, and other health care providers to offer support assistance. I can also help you access information about treatment options, provide resources on your condition/treatment…” Like what? Not getting a transplant? “I’m also planning to mail you educational materials about treatment options that may be available to you…” I’ve got a *&#&$* file cabinet full of “educational materials”. Please don’t kill any trees by sending me anymore kidney disease or dialysis or transplant pamphlets.

He actually needs me to sign a release (“the Case Management Consent form we talked about” that we didn’t talk about). Not signing it.

After a year-and-a-half, I’m still trying to become active on the transplant list at Carolinas Medical Center in Charlotte. Most recently, the delay has been that CIGNA has asked for further tests before they’ll agree to cover a transplant.

CIGNA is getting in the way of me getting a transplant.

“I can…support your individual choices for health care”.

I choose to get a transplant. Now leave me the *&#$ alone.

(I basically bitched about the same thing just a few months ago, when I had BCBS of NC).

To be clear, I am really fortunate to have an awesome health care plan, but that’s due to the generosity of my employer and has nothing to do with the company that administers the plan. I trust CIGNA about as much as I trust car salesmen.

I’m not even going to watch this. So how bad is it? My chances of leaving treatment in a body-bag tomorrow are better than my winning MegaMillions, aren’t they?

This is why I need a kidney, like asap. I’ll be sending out a desperate plea sometime soon. There are all sorts of annoying holiday-time news stories about kidney donations. Like the MegaMillions, I’ve got to be in it to win it, so if I don’t beg for a kidney, I’m not going to get one. Ugh…I really don’t look forward to doing that…

Visit msnbc.com for breaking news, world news, and news about the economy

Not only did they f-up the entire hiring process and fail to provide me with useful starting information, but now they’re f-ing with my health insurance.

They run their HR operation out of New Jersey, and it’s readily apparent because every conversation is lacking in empathy, friendliness, and respect.

I elected my 2011 health insurance provider on December 3. 26-days-later, the provider has no record of me whatsoever. My HR throws the blame back to the provider; “they should have your data”.

A case has been opened, and it should take “3-5 business days” to conduct an investigation.

Hey, f-ers…there technically aren’t any business days until January 3, so you’re telling me I may not have this resolved into January 10? What am I supposed to do until then?

Oh, you can fax me a letter certifying that I’m covered, which I can’t even get until January 3.

Here, dialysis center, this says I’m covered! I don’t have a number or anything. I’ll accrue $1000 in charges over the next week, but, trust me, I’m covered!

And then I’ve got the surgery on January 19, for which the pre-authorization department already called me to get my new insurance information.

I didn’t really say that. I told her that I had plenty of other medical expenses that would come up before then, and it was not acceptable that I had to simply lay out the money for them in the meantime.

But it’s acceptable to my HR department, so that’s the bottomline.

Seriously, I do not need this shit. This week off is great, except it’s a blip compared to what I really need right now, which is about a year off.

I imagined while I was on hold for 25 minutes that HR was going to come back and say, “The reason you’re not in their system is because you’ve been terminated.” And I completely believe that my company would fire someone without bothering to them. Completely.

Is that MegaMillions jackpot still growing?

I canceled my appointment for that test because it could have very likely done irreversible damage to my already shitty health. I can only imagine that you wanted to go ahead with this test because it would have given you an opportunity to get a complicated, lucrative procedure under your shiny money clip.

If you really gave a shit about your patient’s well-being, maybe you’d pick up a phone yourself to ask why I had canceled instead of having your secretary inquire into the failed transaction.

We want to let you know about a very important program offered through your Blue Cross and Blue Shield of North Carolina (BCBSNC) health plan. A representative will contact you shortly to let you know about our personalized nursing support services that are available to you at no additional cost.

OMG, that’s awesome! That sounds just like my dialysis provider! I’m so lucky to have them looking out for me, because my health is their #1 concern. I’m sure it’s yours, too, BCBSNC, and that’s why you do this!

My employer and I pay you a monthly premium. You cut checks. Repeat until we tell you otherwise. That’s all you need to do. Now leave me alone.

I’ll ignore the ugly stuff out there for a minute and savor the fact that the most important legislation in my lifetime has passed. It should be crystal-clear to everyone that the two political parties aren’t quite the same. Elections do matter. If you voted for Obama, and you believe that healthcare should be more of a right than a privilege, you can feel like your vote mattered. And if you’re a Republican, and you believe that government shouldn’t play a role in ensuring access to healthcare, you can be quite confident that your vote counted, too, since every Republican in the House of Representatives voted against the reform bill. Fortunately for Democrats, they have a sizable majority, because they did well in two straight elections. Elections do matter. And Barack Obama, for all of the blame he deserves for ceding the debate for the better part of year, deserves enormous credit for rallying his diverse party to pass a flawed, but monumental piece of legislation.

I could write a lot more about this. I’m so sick of it. Looks like Congress will pass the damn bill tomorrow. Good.

And this body has taken on some of the toughest votes and some of the toughest decisions in the history of Congress. Not because you were bound to win, but because you were bound to be true. Because each and every one of you made a decision that at a moment of such urgency, it was less important to measure what the polls said than to measure what was right.

A year later, we’re in different circumstances. Because of the actions that you’ve taken, the financial system has stabilized. The stock market has stabilized. Businesses are starting to invest again. The economy, instead of contracting, is now growing again. There are signs that people are going to start hiring again. There’s still tremendous hardship all across the country, but there is a sense that we are making progress — because of you.

But even before this crisis, each and every one of us knew that there were millions of people across America who were living their own quiet crises. Maybe because they had a child who had a preexisting condition and no matter how desperate they were, no matter what insurance company they called, they couldn’t get coverage for that child. Maybe it was somebody who had been forced into early retirement, in their 50s not yet eligible for Medicare, and they couldn’t find a job and they couldn’t find health insurance, despite the fact that they had some sort of chronic condition that had to be tended to.
END_OF_DOCUMENT_TOKEN_TO_BE_REPLACED