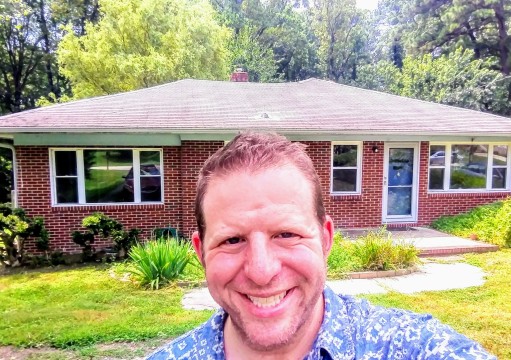 I was engaged in a fairly typical Saturday mid-day activity, settled at a coffee shop (though this place has real food, not just impossible-to-resist quiches and pies), ready to catch up in my “private” blog about whatever I felt the need to catch up on. And then it occurred to me. Bull City Dave (this site) remains stuck in time. It’s been mostly devoid of content since it became Bull City Dave three years, when I began The Iron Yard and thought I needed a real public social presence. My public writing was always too personal, too raw, too potentially alienating, too potentially offensive. I stick to the Toastie pseudonym. And then, suddenly, I move everything Bull City Dave and put my name on it.

But that was never a comfortable exercise. I was in an intensive coding bootcamp in order to reboot my career. If potential employers were going to see this, I’d need to steer clear of anything too personal. It would be a blog about Javascript problems I’d solved, happens around Durham, NC, and pet photos and vines. It would be a fractionally authentic blog. But I’ve never had much desire to blog unless that fraction comes close to 1/1.

Each time I’ve contemplated a return to my old-school blogging style, I’ve mindful that my career-in-transition might require a new job search in the near-term. In fact, unfortunately, it has, a few times. I had quite sincerely hoped to go from The Iron Yard to a the Next Job that would be The Job for years to come. I had moved around enough in my career. But most people in start-up/code school sphere advised that any first job after a career change would likely be a means to another job. I truly did hate that. But that was my reality. In fact, I’ll bluntly lay out here, it was one job which led to another job which lead to another job…which led to my current job.

As I recently posted on Facebook, which has bene my de-facto blogging platform for years, I say with mixed emotions:

The Iron Yard is shutting down nationwide. I’m not entirely shocked. I’m glad it helped some folks. Personally, I wish I had found a different path from A to B that didn’t involve going through TIY. It was what it was, and that’s I’ll I’m saying. (I hate that expression, too). I’m grateful I will never again be asked if I recommend it, since I always felt like I had to do contortions to provide an honest answer and remaining objective with regard to what might be best for someone else’s circumstances.

(For years, I think I had a lengthy Iron Yard post at hand, ready to get it all out of my system. But I kept it to myself, for the same reasons I keep most blogging to myself, but for even more compelling reasons. Every company in the Triangle knows of and has some opinion of The Iron Yard. I doubt anything I could write, as objectively as I might try, could avoid some variation of the “bashing your former employer” taboo that one looking for employee is supposed to refrain from).

But I digress… (as is the norm for my blogging…digressions, tangents, non seqiturs…)

I told myself in Private Blog that I only had time for a bullet-list catch-up. I’ll attempt that here, though, in here, the a lack of context is going to confound. Private Blog doesn’t care about lack of context. Private Blog somewhat akin to a higher power, is omniscient. I don’t need to provide context there. I can skip a week or two, a Private Blog just knows what the heck I’m talking about.

So battery power is at 6%. I’ve got my charger, but I don’t think there’s an outlet nearby. Good time to conclude this entry.

I’n going to feel uncomfortably exposed in a few minutes, when I post this and share the link on Facebook.  But I’ll also feel a sense of relief.  Writing into the void just contributes to an overall sense of isolation that I need to chip away at