Genetic testing suggests that the dominant breed in Herman is Old English Sheepdog. Seriously. It’s too late into the night for me to coherently explain how this is possible.
(Photo from 2011.11.27)

I’ll attempt briefly, anyway. A cheap, yet credible, DNA test, along with a thorough analysis by a canine geneticist, has concluded that Herman is likely a complete mutt, a “village dog”, if you will. (I have just learned this expression). He has no trace of labrador retriever in him…or a strain rarely found in North America, which suggests his ancestors may could have been labs from farther south in the Americas. He has no trace of hound.

But I did find this picture of an old sheepdog that had to have her hair shaved. You can see that the possibility is not so far-fetched. 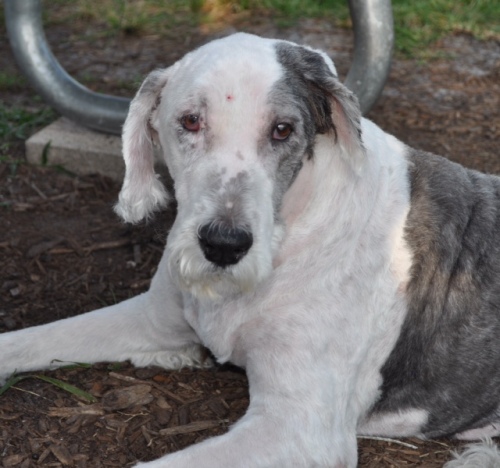 He may also have some Chow and some Bernese Mountain dog in him.

But no obvious lab.